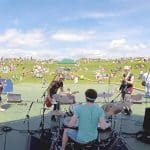 Not sure if it’s just my perception, but the city of Portsmouth gets a bit of a bad name. For some reason people seem to have the impression that it’s a bit of a s**t hole of a place.

True, there are some parts of the city that could do with a bit more TLC, but where hasn’t? Portsmouth has got some pretty good stuff, good people and some pretty cool places.

Down in Southsea, just behind the castle, is the bandstand. During the summer, Saturday afternoons see the bandstand hosting live music. And it’s all for free.

You know some of those summer days where you just think “yeah, I’m loving life”? 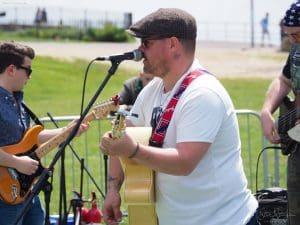 Last Saturday was one of those days. The sun was shining. People young and old, friends and families had come out in numbers with picnic food and a few brews. And there was some great music to be checked out.

This is another one of those venues (if it is a venue?) that we’ve been gagging to play at for ages. Needless to say we were stupidly excited to be getting on there finally. The lineup for the afternoon was made of 3 acts – Paul Dillon, The Machete (naturally) and local legends Heir of the Dog.

It kicked off with a great set from Paul, who is a great guy, who had all of the crowd singing along, as he does. Everyone particularly enjoying an Oasis cover which naturally invited people to egg him on to turn his set into an Oasis tribute. He declined.

It wouldn’t be the same without some sort of drama…

The watching of Paul’s set was somewhat hampered by the anxiety that was setting in for all three members of The Machete.

That’s right, three. Unexpected traffic had meant that John was running late getting back from Birmingham where he’d been watching, ehem, Take That the night before. Twenty minutes before the set we had a call from John saying he was 2 minutes away. OK, he should be there in 10-15 minutes.

I ran over to the Pyramids car park in order to meet him and bring him across via the most direct route. Finally, with about eight minutes to spare, everyone was there! 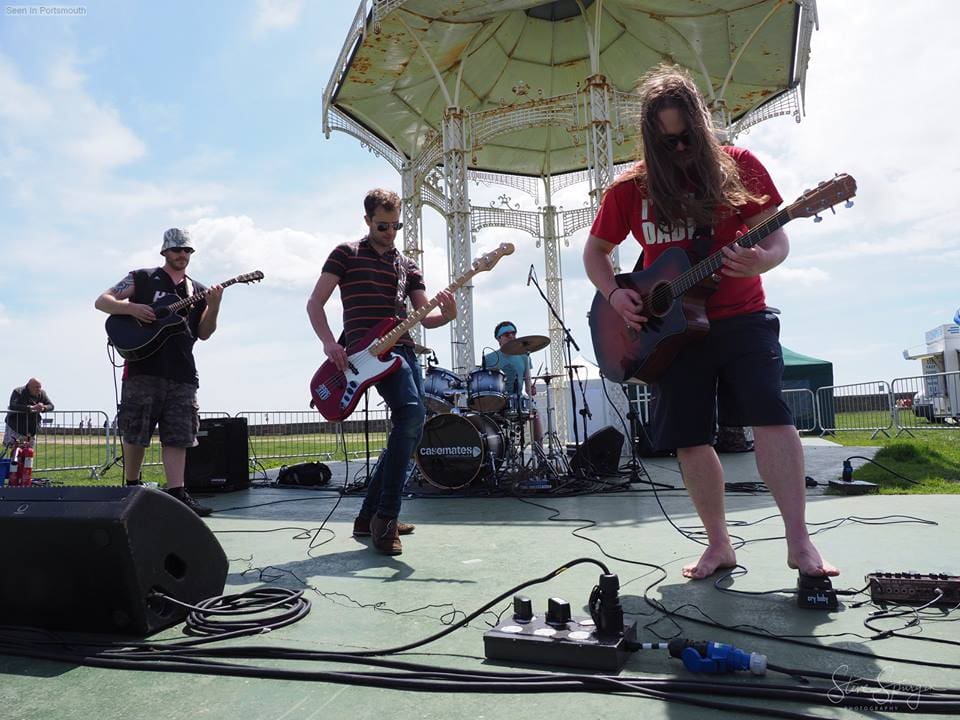 You can’t undervalue good sound on stage and plenty of space to move around!

I’ve got to say that in terms of actually playing, this is potentially my favourite gig ever. The sound and mix on stage was fantastic. Meaning I could actually hear what the entire band was playing, including me! That, topped off with plenty of space to move around without worrying that you’re going to be bumping into people, is great. It just means you can relax and have a good time playing. Sometimes you end up having to focus on getting through the songs that you don’t have time to have fun!

For me, I also managed to play most songs without too many errors. I can’t say that’s the case for our mashup cover of Arabian Nights / Prince Ali. Apparently if I don’t practice that every day I lose the ability to retain how to play the thing.

I felt for John halfway through where the part of his bass that his strap holds on to decided it no longer wanted to be part of the guitar. Fortunately he managed to hold the thing together with no disasters. Our fellow musicians out there will be only too familiar with gear failure during a gig. Total nightmare.

Heir of the Dog – absolutely nailed it. 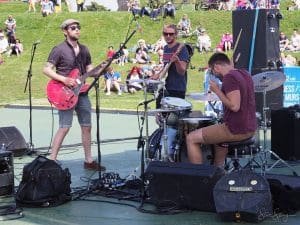 Heir of the Dog – Photo Credit: Seen In Portsmouth

I’ll be honest, I’d never actually seen them live before, but I’ve heard of them, a lot. First thing that struck me was the guitar sound. Some filthy distortion going on there, but still with a good amount of clarity to hear what was going on.

I don’t like to call genres too much, and also, not sure what box I’d put this band into. Some sort of hard rock going on there, the kind that would go down well with old school fans but also managing to sound like they’re bringing something new to the table. I really enjoyed their set and I’d highly recommend people check them out.

Like I said, just one of those days where you look around a think, I’m loving life. A nice day time gig where my wife and son could come down as well just meant everything was perfect.

Well done Portsmouth, well done. And cheers to the Casemates guys for doing the sound and generally running the day well. Good blokes. 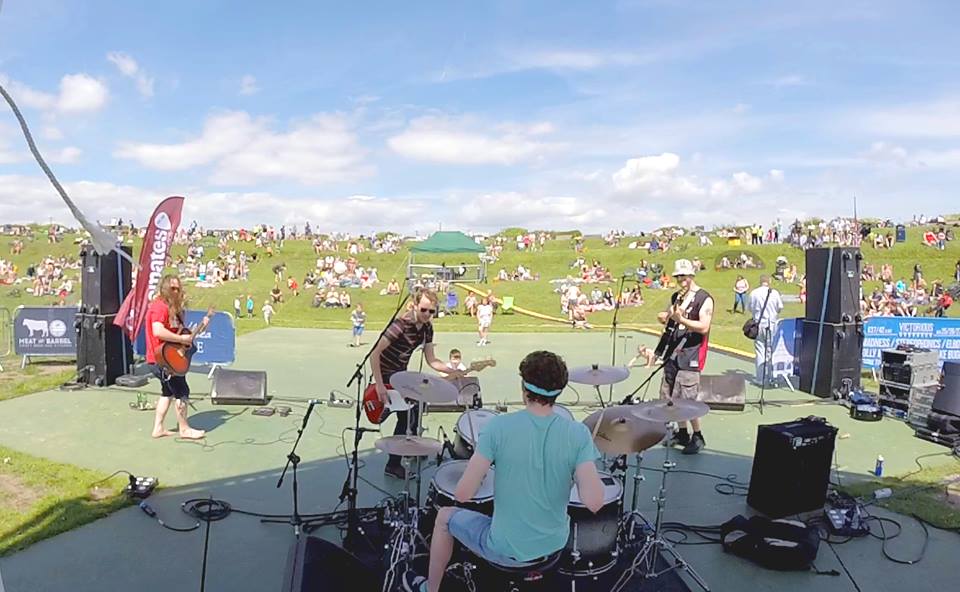