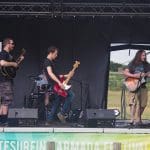 I had said just last week about how Portsmouth gets a bad name but has some awesome stuff when I was writing about our gig at the bandstand. OK, so this wasn’t in Portsmouth, it was on Hayling Island. You might need to look it up if you’re not from round here…

But, the point is, yet another awesome, and free (!!!) event down here on the coast. This was a weekend festival dedicated to the sport of kite surfing. The gist was basically, a load of surfers come down to Hayling Island to camp for the weekend and do some kite surfing. 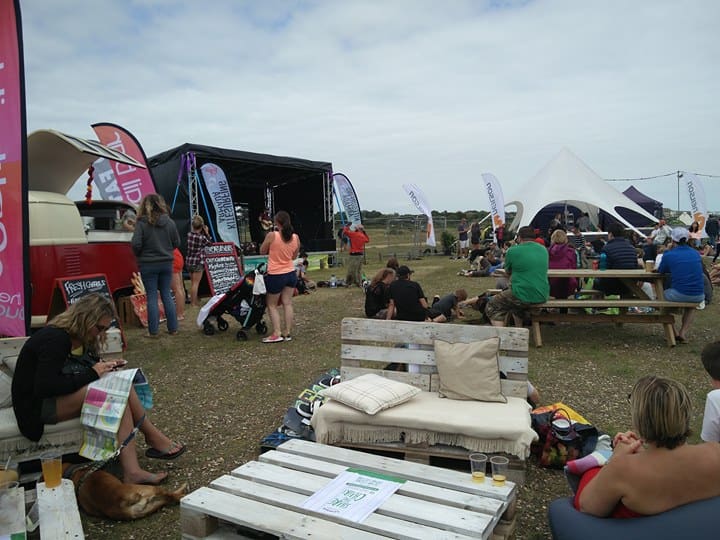 The festival, though actually quite small, had loads going on. A couple of marquees housed stalls from various companies and sponsors selling their kite surfing related wares and a stage where kite surfing experts and pros gave talks.

In the main part of the festival area was a bar (naturally) food stalls, somewhere for kids to play and free Jacuzzis. And last but not least, the out door stage where there was consistent live bands playing. 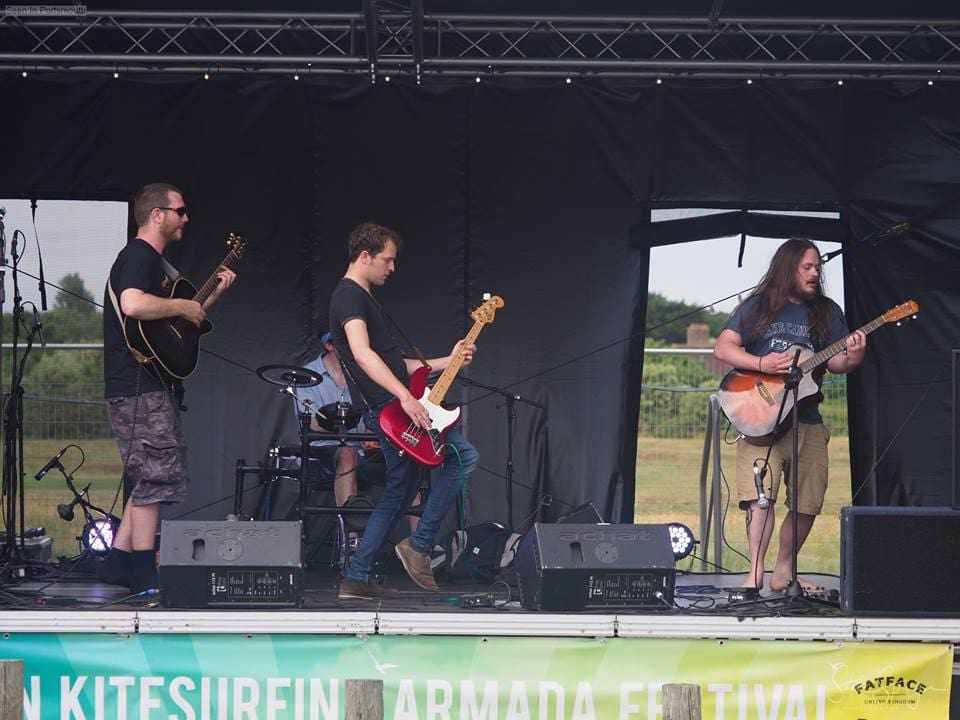 Another outdoor stage, which we were loving

We thought there was a possibility of another close one on getting all the band members to the gig on time. Since Matt was working at the D-Day Revival event in Southwick until 3pm (our set was at 4…), I went up to meet him nice and early so we could get on the road ASAP.

As it turned out he managed to get off a half hour early and there was nil traffic on the way into Hayling so we ended up arriving fairly early. Just in time, in fact, to catch our mate Remedy Sounds who was not only playing before us but managing the stage as well.

A short chill with a beer was had before it was our turn to get set up. We only had 10 minutes, but fortunately for us, our drummer Sam “plays in all the bands” Brawn had played in another band that day and was ready to rock.

A full hour set is a bit of a beast. But, gave us time to bust out our recently renovated tune Dos Bot. A relic of the two-man Machete days that had yet to be converted in to a four-man Machete banger. And, it didn’t go too badly! 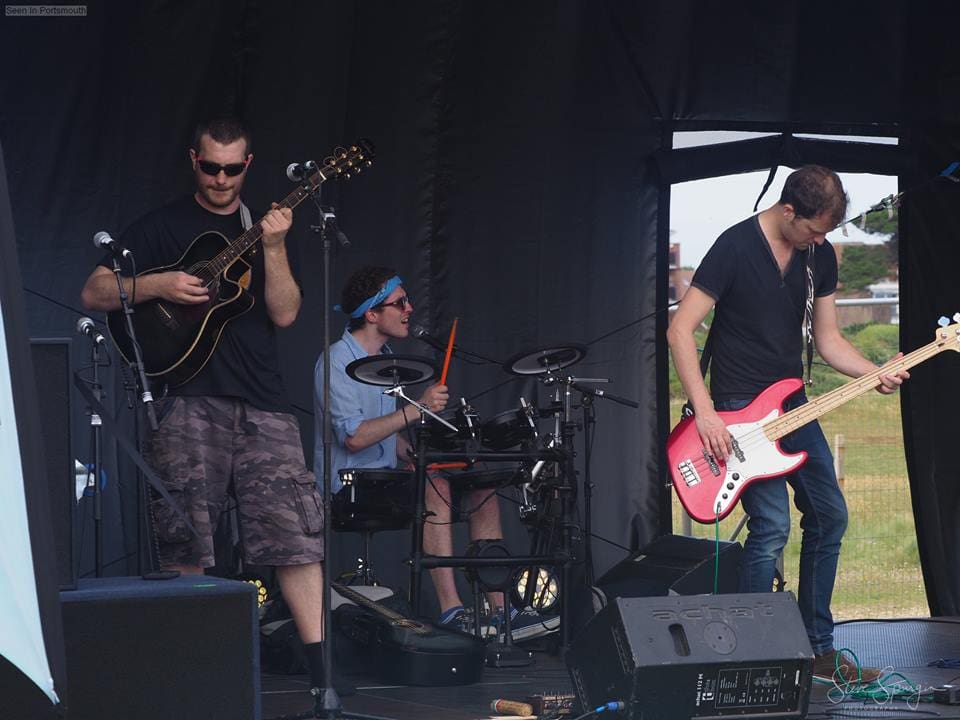 Most of our gigs are played in bars and music venues inside in the evening. This is our second outdoor gig in a couple of weeks and we have another festival at the start of July. The outdoor gigs are great, I’m really enjoying them. They have a totally different feel though. Since they are much more chilled out affairs, we get a little less crowd dancing. And post-song applause seems to get lost into the air a bit which is a little disconcerting, sometimes kinda feeling – did they like that one?

But, the additional chill factor you get when playing gives you a chance to peel your eyes away from the guitar and look out into the crowd. When doing this you start locking eyes with the little groups who are definitely getting in the groove which is an awesome feeling.

After our set we were having to head of quite quickly which was a bit of a shame. But, we did manage to hang around long enough to catch the start of Jerry Williams’ set. Another great local artist worth checking out! 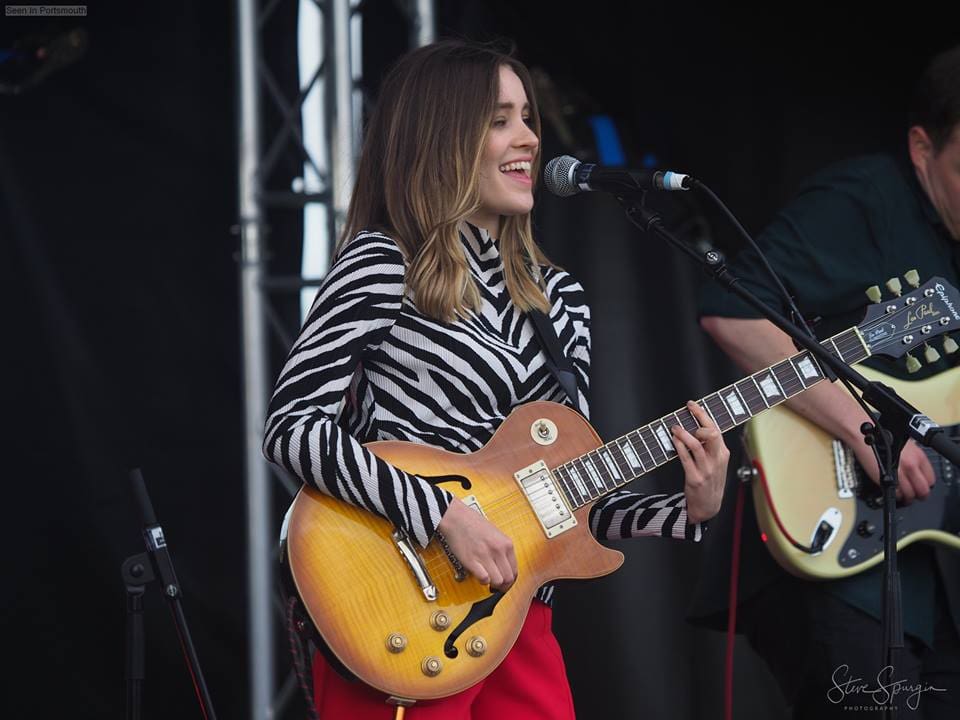